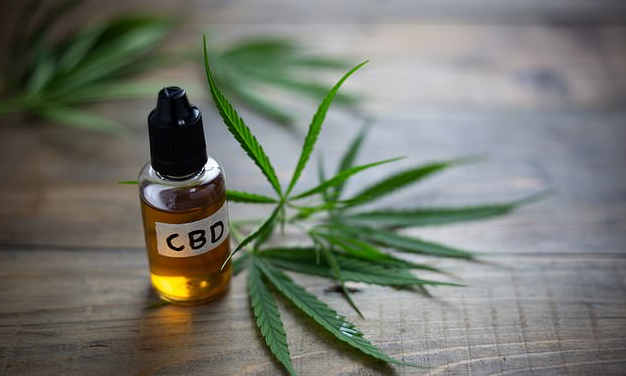 The World Health Organisation categorises antibiotic resistance as one of the most serious health crisis we could be hit with unless we start looking into new ways to combat superbugs. Superbugs, such as MRSA can be resistant to antibiotics through genetic mutation and people failing to finish off their antibiotic courses they been prescribed by the doctor. So, how does CBD play into this? Well, whilst research was being undertaken in a different area, scientists think they have uncovered some surprising results, which may mean that CBD could help towards combating antibiotic resistance.

Why Are Bacteria Becoming Resistant?

Since the inception of antibiotics, we have been over prescribed them, when really in a lot of cases we don’t actually need them. You don’t need antibiotics to treat such aliments as a seasonal cold. When you are more seriously ill with a condition such as pneumonia antibiotics should be effective against this, however due to the over prescription of them, people not finishing their courses and the inevitable mutation of the diseases they have grown to be resistant to treatment. So how can CBD help?

Research is currently being undertaken on global scale in an attempt to quell this looming crisis. Researchers showed their results at the American Society for Micro Biology this year, they tested how CBD interacts with particular bacteria, they selected a gram positive bacteria (gram positive and gram negative is how bacteria is classified in the medical world), gram positive bacteria are very quick to mutate and become resistant to antibiotics in some cases. The researchers created a CBD based therapy in the hope that it would help limit the resistance of the bacteria, the results they put forward demonstrated that in test tubes, not only did the CBD therapy show action against the bacterial compounds, the bacteria didn’t become resistant to or begin to develop resistance after 21 days use, which is normally the case. Whilst the research is still in its preliminary stages it is yielding results that could help generate a plan towards how we are going to deal with the looming crisis, but how does it work?

We’ve known for a long time that a full spectrum CBD oil has surprising effects on the human body and its environment in general. The endocannabinoid system in us helps us metabolise CBD in a variety of ways and currently, we’re not entirely sure of how deep this entourage effect goes. Potentially combating antibiotic resistance is just another string to the bow of this compound and it is one that could save hundreds of thousands of lives. Research conducted in the United Kingdom showed that when an infection like MRSA was treated with CBD therapy, the CBD stopped the bacteria from producing the outer membrane vesicles (OMV’s), the OMV is what gives the bacteria its resistance, think of it as an outer shell that stops the antibiotics permeating and killing it. Not only that, researchers are working on the theory that not only does CBD break down the OMV of the bacteria, it also helps increase the ability of the antibiotics. They are not currently sure how this works, but preliminary evidence is suggestive of the fact that the CBD therapy can work with the treatment to stop the bacteria from multiplying. Researchers have known for a while that CBD can offer surprising effects, they just weren’t sure how or what they were, but universities and pharmaceutical companies across the globe are now investing in research to see how beneficial CBD is.

Whilst the research is hugely promising, do not stop taking antibiotics in favour of taking CBD, this is not what the research is showing. The research is demonstrating how CBD works with antibiotics to produce an effective result against previously resistant bacteria. If you don’t take antibiotics for an infection you are risking death. The research so far has only been undertaken in controlled circumstances and has been completed in test tubes, clinical trials on humans are a long way off, so don’t put the pill packet down.

The research and evidence that is being undertaken the world over is beginning to yield promising results for humanity. Antibiotic resistance is one of the primary concerns of governments and the World Health Organisation hence the level of research that is going into exploring what can help stop or slow this crisis down. Whilst the results are promising, the therapy isn’t there yet, clinical trials in humans haven’t been complete yet, so we currently aren’t sure if the results translate from test tube to body. Don’t chose CBD in favour of antibiotics and always speak to your doctor before self-medicating.