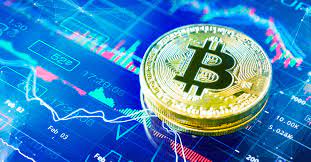 There are projects like Binance Coin (BNB) that offer discounts by using their token to pay for trading fees. However, owning BNB doesn’t give you any dividends from the exchange’s profits. Now there are projects like Bustex that is a crowd funded exchange which offers dividends to their token holders. By owning BEX tokens, it’s like owning your own exchange. The profits will be distributed to all token holders as dividends. Exchanges can earn a lot of money and we will talk about the profits of 4 exchanges in the next section.

Starting with Bittrex, this will be the company with the lowest daily income (being compared to the other 3 companies that will be talked about). Starting out in 2014, Bittrex has had steady income over the years and is known for their speedy trade execution. Having a .2% trading fee, Bittrex falls roughly in the middle ground in regards to user fees when compared to other cryptocurrency companies as a whole. Being based in the US, Bittrex has an upper hand over other major companies considering the US is a hub for cryptocurrency exchanges. While being located in the US, Bittrex also primarily trades with Americans.

As DeFi gets popular, Huobi has released a DeFi based blockchain which allows other organisations to build DeFi projects on their platform.

Taking second place is a cryptocurrency exchange company named Upbit. Upbit’s daily income takes a considerable leap compared to that of Huobi and Bittrex. Upbit primarily caters to South Korean users. In 2018, among the top 4 cryptocurrency exchanges in South Korea, Upbit was the only company to profit. Their net profit for 2018 was 123.13 million dollars, while their operating profit was 252.86 million dollars and their sales stood at 413.98 million dollars. These figures, compared to 2017, are just about doubled.

Finally, we come to the powerhouse that is Binance. Like Bittrex, Binance primarily serves the US., despite being operated from Japan. Just this past September, Binance accumulated a 1 billion dollar cumulative profit. While the cryptocurrency market has been a bit lacking as of recent, Binance has been able to keep a steady profit with different routes such as a peer to peer over the counter trading facility located in China, as well as a futures trading platform. One could argue that the investments Binance makes from their profits can be a large reason for their success as well as their user friendly aspects of the company.

Investing into Crypto is highly risky but owning an exchange is much safer. Imagine if Burstex earns 3 million dollars in profits per day and you own 1% of Burstex tokens. This will effectively give you a revenue of $30,000 per day by basically doing nothing. Burstex is an exchange that has lots of potential and its BEX token will gain value as the exchange grows. The BEX token has a lot of intrinsic value since it is backed by an exchange.